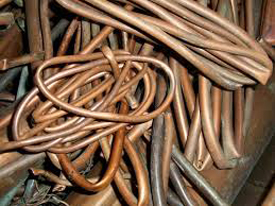 In plumbing, there are generally two types of re-piping jobs: one involves foreclosed “fixer-upper” homes (stolen copper) and the other involves the pipe infrastructure in older, yet structurally sound, homes and commercial buildings.

Re-Piping a Foreclosure
We’ve all seen the “No Copper” signs in various neighborhoods around town. In order to bring a house with stolen copper back up to code (and return it to a bright spot in the neighborhood), re-piping is a necessity.

Re-Piping Your Home
In some areas, especially those with a large number of homes or buildings from the early- to late-20th century, cast iron, galvanized and “soft copper” pipes are common. Over time, those types pipes can become leaky – corrosive sewer gasses, sediment-filled sewage stacks eventually lead to irreversible damage.

Clues that your building may be a candidate for a whole-house pipe replacement include:
· A noticeable lack of water pressure
· Being scalded in the shower when someone flushes or turns on the dishwasher/tap
· Bitter/metallic tasting tap water
· Rusty water in your shower and toilet bowl
· A clothes washer that takes an excessively long time to fill.

If you notice any of the above, we recommend a whole house pipe inspection from a trusted local plumber.

Budgeting for Replacement Pipes
On a large project such as this, it’s important to start with a budget in mind. Consider the following:
· Purchase materials that last – you only want to do this one time, right?
· Copper, PVC, CPVC and PEX are all good options.
· Consult with your plumbing inspector to work out a schedule/understanding of the materials and expenses involved.

Water You Waiting For? A whole-house re-piping job is not for the DIY enthusiast. It is an extensive and intense home repair that requires special skills and licensed tradespeople. If you would like to learn more, contact Ray today. He’ll listen to your situation and offer “next steps.” Call today: 513-396-5300.

Linkedin
Public Plumbing – It could use a movement »« Recycled soap – Ecological, thriftalogical, or just logical?

Get a better deal right now!

Our guarantee to you